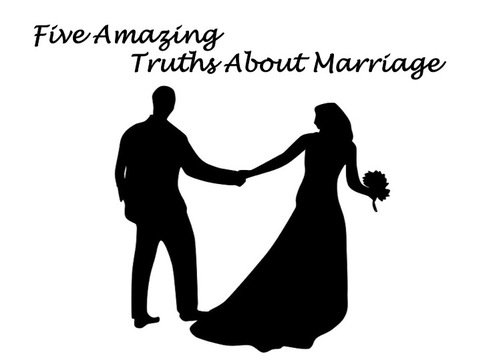 Falling in love changes your life. A love between a man and a woman that leads to marriage is life-changing but falling in love with Jesus, is life-transforming! The apostle Paul describes the marriage union as a “profound mystery” (Ephesians 5:32) because it reveals a deeper reality about our relationship with Jesus. So let’s look more closely at what happens when we get married and it will point us to some amazing truths about the intimacy we have with Jesus!

When a man and woman fall in love and decide to get married they are engaging in a union, which was established by God on day 6 of creation as the foundation of all future human life. Marriage was the crowning glory of God’s creation:

Genesis 2:21-24
21So the Lord God caused the man to fall into a deep sleep; and while he was sleeping, he took one of the man’s ribs and then closed up the place with flesh. 22Then the Lord God made a woman from the rib he had taken out of the man, and he brought her to the man.
23The man said,
“This is now bone of my bones and flesh of my flesh;
she shall be called ‘woman,’ for she was taken out of man.”
24That is why a man leaves his father and mother and is united to his wife, and they become one flesh.

When a man and woman marry, they become husband and wife and are no longer two separate individuals but are two complementary parts of a new whole. Adam was complete in himself before God made Eve, but in order to make her, God removed part of Adam’s flesh, the feminine side of him. Therefore the two of them together became one flesh again – a completion of each other. And so it is for every person – they are whole in their own right when they are single but once they are married, husband and wife together become “one flesh” or a new unit. This unit is stronger than each individual part alone and if Jesus forms a third member of the marriage, it is even more robust.

Ecclesiastes 4:9-12
9Two are better than one, because they have a good return for their labour:
10If either of them falls down, one can help the other up.
But pity anyone who falls and has no one to help them up.
11Also, if two lie down together, they will keep warm.
But how can one keep warm alone?
12Though one may be overpowered, two can defend themselves.
A cord of three strands is not quickly broken.

Marriage changes your status from single to married. If you marry someone of higher social standing, your social standing is automatically upgraded! So if a commoner marries a king, she will become a queen! And any children they have are princes and princesses- no longer commoners but now royalty! This is exactly what happened to the Jewish orphan girl Esther. She married King Xerxes and became Queen (Esther 2:17) of the Persian Empire! And a modern day example is the marriage of Kate Middleton to Prince William!

When you marry, you no longer think in terms of “does he love me, will he stay with me?” or “she might changer her mind and choose someone else”. God always intended marriage to be a life-long commitment so that we could live securely with each other and provide a stable foundation for children. When He was asked about marriage, Jesus said this:

Mark 10:2-9
2Some Pharisees came and tested him by asking, “Is it lawful for a man to divorce his wife?”
3“What did Moses command you?” he replied.
4They said, “Moses permitted a man to write a certificate of divorce and send her away.”
5“It was because your hearts were hard that Moses wrote you this law,” Jesus replied. 6“But at the beginning of creation God ‘made them male and female.’ 7‘For this reason a man will leave his father and mother and be united to his wife, 8and the two will become one flesh.’ So they are no longer two, but one flesh. 9Therefore what God has joined together, let no one separate.”

The Greek word for “united” in Mark 10:7 is proskollaó (προσκολλάω) which literally means to glue one thing to another. So in marriage, God has literally glued husband and wife to one another. It is used only twice in the New Testament and the other time it’s used is in Ephesians 5:31, again referring to marriage – we will come to that verse later. Similarly the Greek word for “joined together” in verse 9, suzeugnumi (συζεύγνυμι) meaning “jointly-yoked” is also only used twice in the New Testament (see also Matthew 19:6) and only for marriage. A yoke is a crosspiece that is fastened over the necks of two animals and attached to the plough or cart that they are to pull so that they can work together. So the marriage union is meant to be one in which a husband and wife live better for the Lord together, than either would do alone.

Whatever you owned as a single person you now share with your husband or wife. The two of you work together to “enlarge your territory”. Even your bodies belong to one another as well as your possessions and you work for the benefit of each other and any children you may have. The bible says:

Proverbs 13:22
22 Good people leave an inheritance to their grandchildren, but the sinner’s wealth passes to the godly.

Psalm 115:14-15
14May the LORD give you increase, you and your children! 15May you be blessed by the LORD, who made heaven and earth!

From the beginning God made man and wife to work together to be fruitful and increase:

Genesis 1:27-28
27So God created mankind in his own image, in the image of God he created them; male and female he created them.
28God blessed them and said to them, “Be fruitful and increase in number; fill the earth and subdue it. Rule over the fish in the sea and the birds in the sky and over every living creature that moves on the ground.”

And yes this means that God desires to bless us with children but also with wealth. Out of our increase we are able to give!

Proverbs 3:9-10
9Honour the Lord with your possessions, And with the firstfruits of all your increase; 10So your barns will be filled with plenty, And your vats will overflow with new wine.

5. Marriage is a profound mystery

Everything in the Old Covenant was a foreshadowing of a deeper reality in Jesus. Marriage was not only designed by God to enable us to build a life together with another person but also to reveal a profound spiritual truth about Jesus’ intimate love relationship with us! In his letter to the Ephesians, the apostle Paul called marriage a mystery:

Ephesians 5:31-32
31“For this reason a man will leave his father and mother and be united(proskollaó) to his wife, and the two will become one flesh.” 32This is a profound mystery—but I am talking about Christ and the church.

So what does the apostle Paul mean when he calls the union of a husband and wife a mystery that is about Jesus and the church?? Paul is saying that when husband and wife become one flesh by their sexual union it is a representation of what happens between Jesus and us when we believe in and receive Him. It is often said that there is a “God-shaped” hole in every human being. Union with Jesus, fills this void; it completes and perfects us (John 17:23)!

Beloved today whether you are married, divorced or single, know that Jesus loves you so much that He has become intimately and permanently joined to you. Our earthly marriages can be wonderful and loving or they can be difficult and sometimes end in divorce and some of us may never marry at all, but in whatever state you find yourself today, the Lord loves you and wants to transform your life. His love for you is unlike any other. Just as the apostle Paul prayed for the church in Ephesus, we can pray this prayer today:

Ephesians 3:17b-19
17….And I pray that you, being rooted and established in love, 18may have power, together with all the Lord’s holy people, to grasp how wide and long and high and deep is the love of Christ, 19and to know this love that surpasses knowledge—that you may be filled to the measure of all the fullness of God.

​You can read more about the amazing transformation that happens to us when we receive Jesus’ love in A Life Transforming Mystery.