Those Who Know Their God Shall Be Strong And Do Exploits 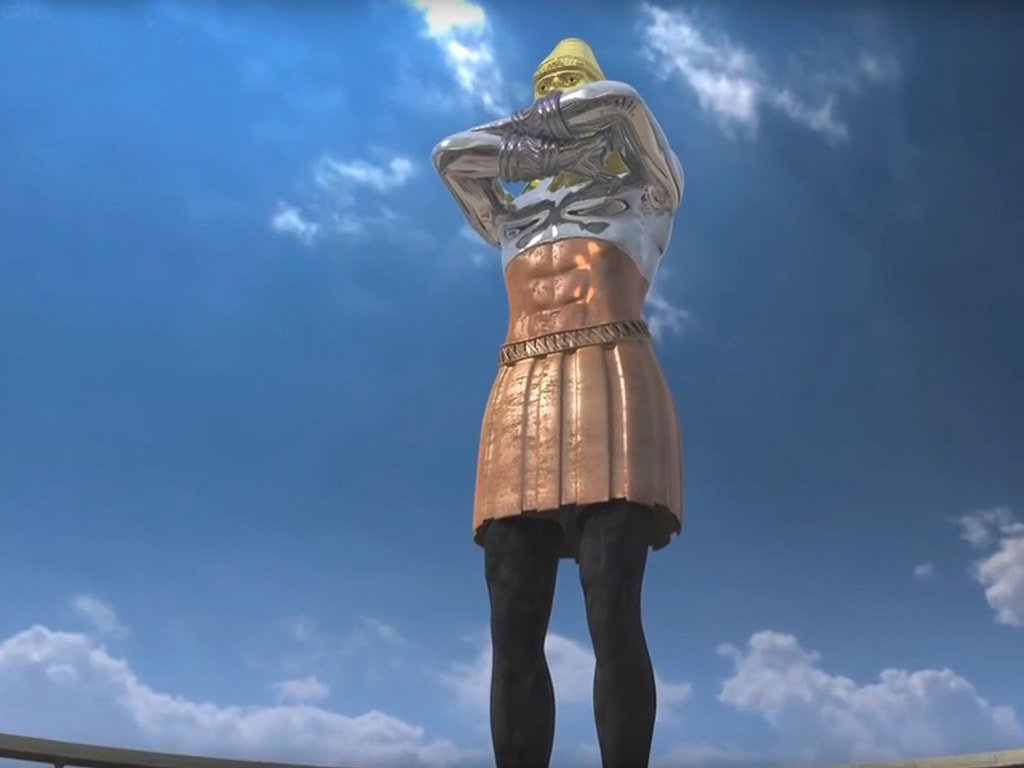 Jesus said “Now this is eternal life: that they know you, the only true God, and Jesus Christ, whom you have sent.” (John 17:3)

In our world today, people know and are inspired by created things- the beauty of nature, the mountains, forests, the seas, the many different genres of music, great art, poetry, architecture, the diversity of the animal world, the wonder of a new-born child and the huge talent of the human race. We are rightly in awe of all these things but if we don’t know and appreciate the One who created them all, we have missed the very purpose of our lives.

Imagine you were invited to meet Queen Elizabeth II but when you arrived at the palace you were shown around the gardens, the state rooms, you sampled the food, were even shown around her private apartments and played with her Corgis and then you were told your time was up and the visit was over. You would be so frustrated and disappointed that though you’d seen her home and her many possessions you had missed out on meeting her! So it is with us if we know all about the world we live in and experience many of its delights but have never known the God who created it all. Nothing could ever make up for that loss! Jesus put it like this when He said:
“What good is it for someone to gain the whole world, yet forfeit their soul?” (Mark 8:36)

There was a Jewish man called Daniel who was born about 600 years before Christ. He lived through some very perilous times. His country had been conquered by a brutal regime and he was just a young man when he was carried off into exile in Babylon. He was selected along with other intelligent, handsome noble young men and forced to learn the language and literature of the Babylonians so he could serve King Nebuchadnezzar. Daniel was God-fearing and the Lord blessed him. He excelled in his training and found favour with the Babylonian court official Ashpenaz, who had been assigned to teach him as well as the guards assigned to watch over him. At the end of his training Daniel and three of his friends, also God-fearing Jewish young men were presented to the king and found to be ten times better than all the magicians and enchanters in his whole kingdom.

Some time later, Nebuchadnezzar had a dream which troubled him so he summoned the magicians, enchanters, sorcerers and astrologers to tell him what he had dreamed. He asked them to tell him what his dream was and give the interpretation. The “wise” men explained they couldn’t possibly tell the king his dream but if he would tell them the dream, they would interpret it. King Nebuchadnezzar was furious because he knew he couldn’t trust any interpretation they would give so in his rage, he ordered the execution of all the wise men in Babylon. When Daniel discovered that he and his friends were going to be executed, he asked to be brought before the king and requested time to interpret the dream. Then Daniel found his friends and asked them to pray to the Lord for mercy concerning the revelation of this mystery, so that he and his friends might not be executed with the rest of the wise men of Babylon.

Now Daniel knew his God! He knew God was loving and merciful. He trusted that though the situation was extremely perilous, he and his friends could rely on God’s mercy and protection. So after they prayed, Daniel was able to go to sleep. He slept soundly, secure that the God of Heaven had heard their prayers. And of course, during the night the mystery was revealed to Daniel in a vision. When Daniel awoke, he praised the Lord and in the morning the king asked Daniel “are you able to tell me what I saw in my dream and interpret it?”

Daniel replied, that no wise man, enchanter, magician or diviner could do what the king had asked but that there was a God in heaven who reveals mysteries and He had revealed the dream to Daniel, not because Daniel had greater wisdom than anyone else alive, but so that the king would be able to trust the interpretation. How humble Daniel was to give all the glory to God! So Daniel recounted the king’s dream and then gave him the interpretation. The king was so amazed that he rewarded Daniel with many valuable gifts and appointed him ruler over the whole province of Babylon, as well as chief over all his wise men. Daniel’s trust in the Lord had not only saved his own life but the lives of all of the wise men in the king’s service as well as promoting him to such a high position. The crisis had been completely turned around in Daniel’s favour. The full account of the dream and its meaning can be found in Daniel 2.

Daniel 11:32 says “the people who know their God shall be strong, and carry out great exploits.” The secret to Daniel’s strength and courage in great adversity is that Daniel knew God. He believed in God’s mercy, love and faithfulness. He knew that because he trusted God, God would deliver him. And so it is for us. We are living in perilous times, but if we know God and His Son Jesus Christ, and spend time getting to know Him in a deeper way, we too can be strong in the midst of crisis, sleep peacefully and also accomplish great things!